Apple has launched a new featured section in the App Store called ‘Made in Canada’, which aims to celebrate Canada Day (it’s a different category from the regular Great Canadian Apps category).

To celebrate Canada Day, we’ve selected some of Canada’s finest entertainment–apps, albums, movies and more–that have been released in the past year. 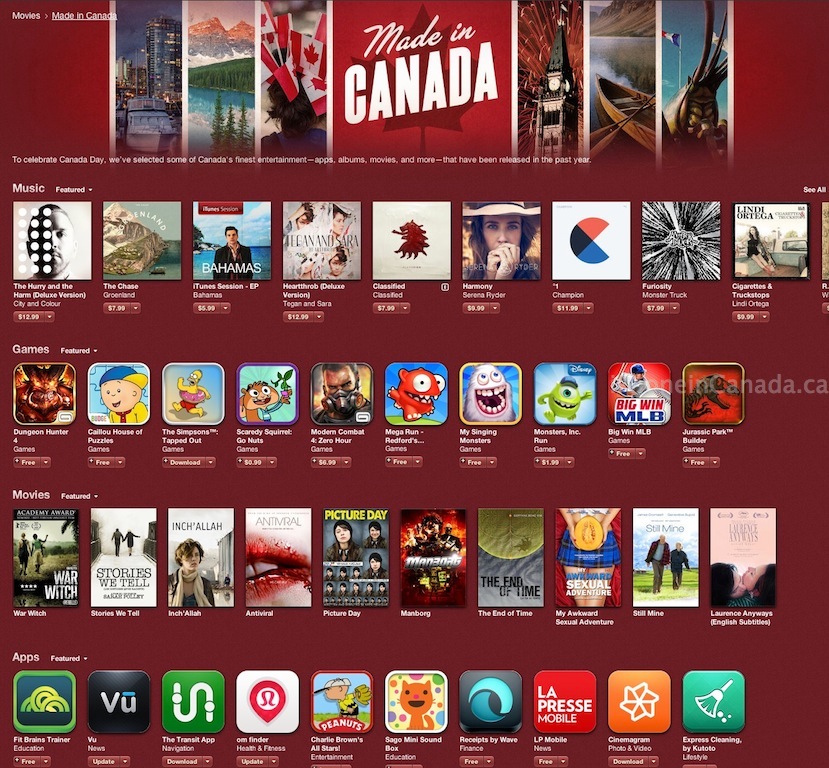 Once users tap on the link, they are taken to the Movies section of iTunes which lists various types of media and apps. Some featured apps include: Vu, The Transit App, om finder, Cinegram and Receipts by Wave. There are also featured books, TV shows, Newsstand items and Podcasts as well to go with Movies, Games and Music sections.

If you’re looking to access some great curated Canadian content, this section in iTunes is calling your name.