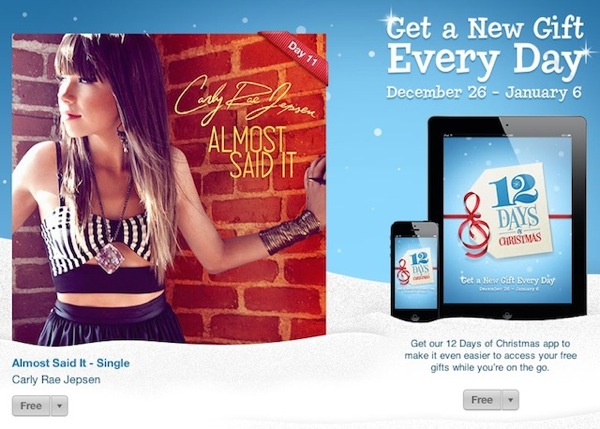 We’re down to day 11 of Apple’s 12 Days of Christmas, the second to last day. Today’s freebie is a single and video from Canadian pop star (from Mission, BC), Carly Rae Jepson.

The single “Almost Said It” is from her recent album with the same name, released in December. The free video is her smash hit “Call Me Maybe” that started it all off for Jepson, leading to hundreds of parody covers on YouTube.