Another week, and another free App of the Week from Apple. This time around it’s for all the young ones out there, the perfect sing along app made by Little Fox Music Box, Kids Songs Sing Along. The app includes three songs (they include Old MacDonald had a farm AND London Bridge) that feature over 100 interactive elements geared towards kids between 2 to 6 years old. It works for all iOS devices but requires iOS 5+.

Works on all iPads and iPhones from 3Gs and up, but needs IOS 5 and up

A sing-along songbook with more than 100 interactive elements in 3 songs and the little fox music studio! Brought to you by the team that created the bestselling App “Nighty Night”! Great for kids between 2 and 6 years old. 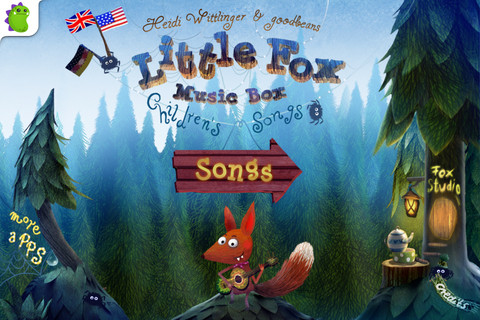 The karaoke mode should provide lots of fun and entertainment. If you want to get your kids engaged this free app looks to be the one. Click here to download Little Fox Music Box.

Thanks for the heads up @swotam!