Update 1: VLC is now available via Cydia. According to the latest tweet sent out developer Ryan Petrich. Just add his beta repo, http://rpetri.ch/repo to your Sources within Cydia to download VLC. Thanks Ryan! 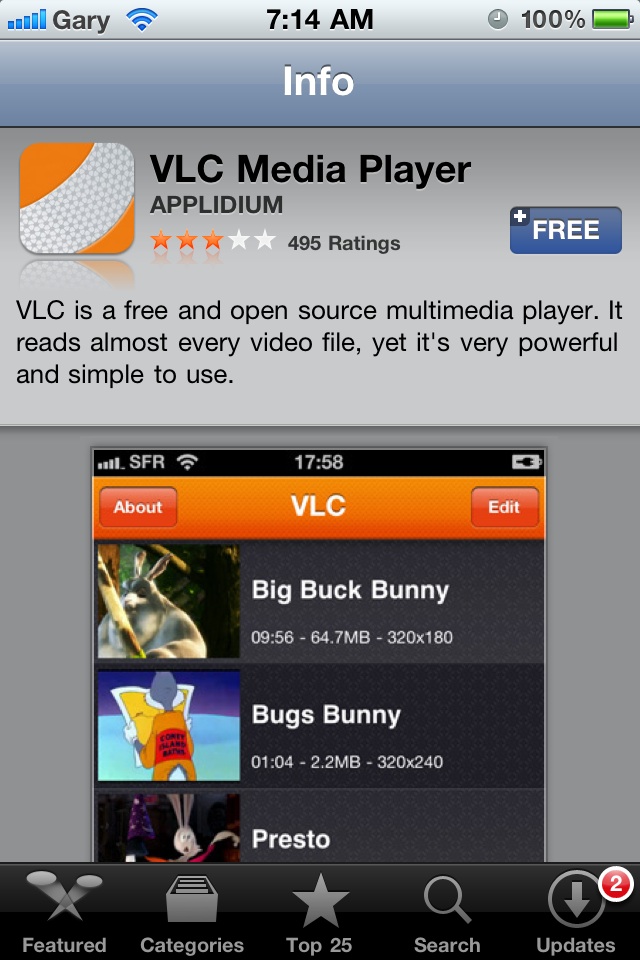 VLC was released for the iPhone in late October of 2010. Soon after, there was confirmation VLC was going to be removed from the App Store as it violated the GNU public license (GPL) since app purchases have Digital Rights Management (DRM). The open source creators of VLC (VideoLAN) had conflicts with Applidium, the creators of the VLC iOS app. Primarily, it was RÃ©mi Denis-Courmont from VideoLAN that did not agree with Applidium.

At last, Apple has removed VLC media player from its application store. Thus the incompatibility between the GNU General Public License and the AppStore terms of use is resolved – the hard way. This end should not have come to a surprise to anyone, given the precedents.

RÃ©mi Denis-Courmont actually works for Nokia. Maybe he feels a bit fuzzy inside knowing that he just managed to score a victory over Apple–and every user of VLC.Â I hope you managed to download VLC while it was still available.