BMO Mobile Banking customers have long requested for the bank’s iPhone app to join 2018 and add mobile cheque deposit, a feature rivals have had in place for nearly half a decade (CIBC was the first big bank in Canada to introduce mobile cheque deposits in the fall of 2013).

But now it appears that day has finally come, as an update to the app today has introduce mobile cheque deposit (yes, for real). To access this new feature, just visit the ‘Move $ menu’. 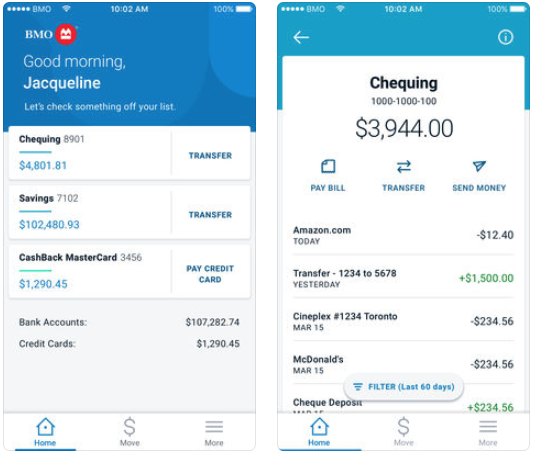 Other changes include moving the ‘sign out’ button to the top of the More menu, while the app also fixed automatic Face ID and Touch ID logins after signing out and also fixed an issue with saved cards.

BMO also says Transfer and Pay a Bill no longer bring up the number pad by default, while the app also gains improved iPhone X support.

Click here to download BMO Mobile Banking for iPhone in the App Store. Let us know how you like this update and the new mobile deposit feature.