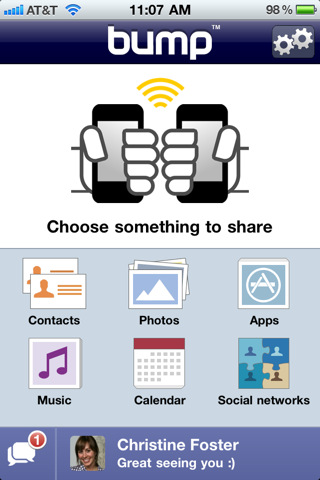 Bump, one of the coolest ways to send contacts and more to another device by “bumping” has just released their 2.4 update. This update brings App Sharing, a much anticipated feature. The Bump blog explains:

This has been our biggest feature request of late, and it makes sense as to why. Â With more than 300,000 apps in the iTunes App Store, finding the best apps has become quite difficult. Â Who wants to sort through the 100 weather apps just to find WeatherBug? Â But what is the most common conversation among a group of iPhone users? Â “Hey, what cool apps do you have?”

I think this is an awesome idea. When two people with Bump come together, sharing info is incredibly easy and a lot of fun. Now that you can share app links, it just saves time from typing it into the App Store (aren’t we all just inherently lazy?). The only problem with an app like Bump is getting your friends to install it. But once they do, you can have loads of fun even messaging each other. 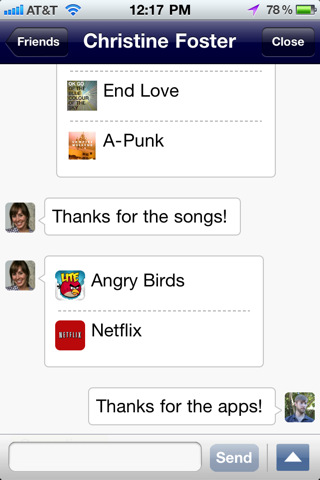 Here’s the official description from iTunes:

Do you have Bump installed on your iPhone? How do you like it? Click here to install Bump.