For Camera+ 3.7 (1.2 for iPad), we’ve added a new Quality setting. For those of you who want your photos to be of the highest quality, we’ve introduced a third setting, named “High”. (The setting formerly named “Full” is now called “Normal” because it would’ve been confusing as hell to have a medium setting named “Full”… and the lowly, old “Optimized” setting got lucky and got to keep its moniker.)

In case you’re not totally sure exactly what the Quality setting affects, it handles the 3 Big S’s: Shooting, Sharing, and Saving.

Being able to save larger, full resolution files sizes will result in slower performance. One thing to note is the team has made the quality of images better in the ‘normal’ setting when you’re sharing to Twitter, Message or a web link.

Also new are improvements to the Front Flash feature, which was made so you can “get the best results when you’re sexting” (this may not apply to you!). Photo importing has also been improved and they team notes their iPad app will soon work more uniformly like the iPhone app. 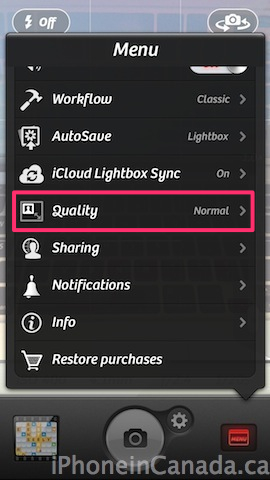 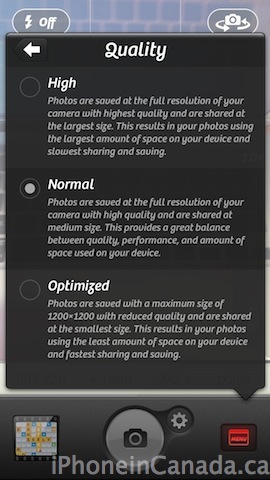