Canadian-Made AppHero Featured on NBC as “Best App Ever”

When Canadian Jordan Satok was 17 years old, he created an app called AppHero, dedicated to personalized iOS app recommendations. Their 2.0 launch which features a new interface, a powerful text summarization engine to tell you in plain English what apps do instead of sifting through PR speak, and also push alerts when apps you might be interested in go on sale.

Just earlier today Satok was featured on NBC affiliate WKYC in Cleveland, Ohio, where they debated if AppHero could be the “best free app ever”. As of a couple days ago, Satok said there were 762,689 total apps in the Canadian App Store and sifting through them can be difficult but AppHero 2.0 aims to solve that.

In our conversations with Satok, he tells us he was youngest Canadian ever (at 17 years of age) to raise an investment of just under $1.8 million from venture capitalists in Toronto and New York. With this money it has resulted in 6 full-time engineers (including a machine learning expert with a PhD from Oxford) in Toronto dedicated to the app, with a focus on the artificial intelligence algorithms to power recommendations to users.

AppHero 2.0 looks to continue to have a bright future with Satok at the helm. 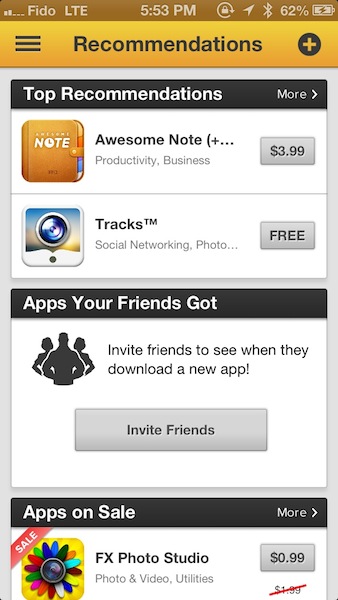