Chipotle has updated its mobile ordering app for iOS with iPhone 5 screen support and official iOS 6 support. The app also received a new design to make it easier to navigate. More importantly, the update brings mobile ordering to Canada, along with locations in the UK and Paris.

Users can now also select brown rice, there’s also French language support, you can now pay with a gift card or look up your balance. There are currently only five Chipotle locations in Canada, with four in Toronto and one in Vancouver. If you have never been to Chipotle before, you’re missing out on life (I still think American locations taste better). 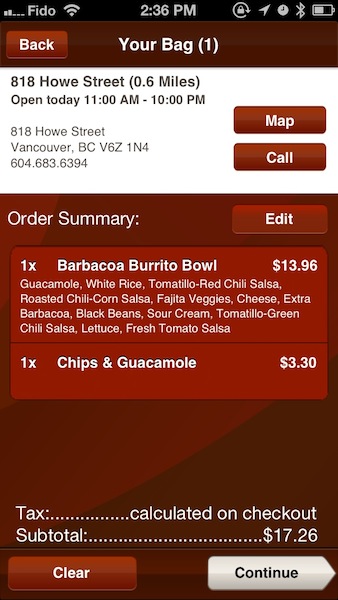