Cineplex Mobile for iOS Update: Get Showtimes by Scanning a Movie Poster

Cineplex Mobile has updated their iOS app with the ability to send you coupons and special offers via Push Notifications, see what’s playing with a new home screen button, but best of all, get showtimes by scanning a movie poster thanks to their built-in augmented reality scanner.

The scanner actually works fairly well, considering I just tested it by scanning a poster on my computer monitor. Pretty much right away showtimes appeared for the movie at what the app detected as theatres nearby (below right): 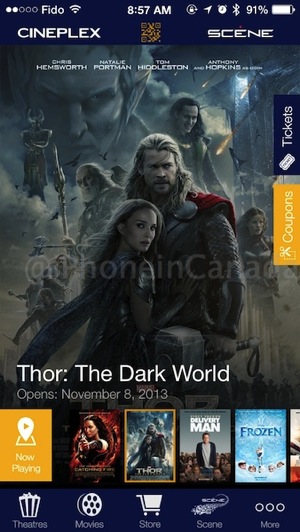 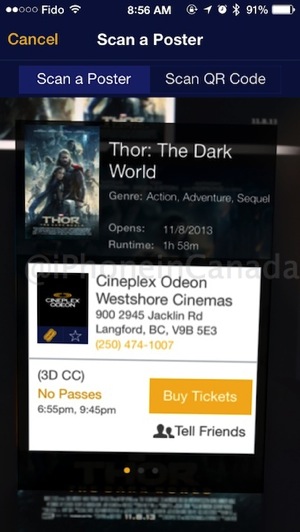 If you want to get interactive with getting your movie showtimes, this is definitely a cool feature to show off to your friends, aside from Passbook ticket notifications which were added a year ago.