Clash of Clans has released an iOS update which brings some Halloween themed features such as a new skeleton trap and also limited-time treats, to go with other game improvements such as the ability to boost all buildings of the same type with one-tap.

What’s New in Version 6.322
A spooky update has descended upon Clash! What tricks and treats lie in store?

The Skeleton Trap!
– Ambush and distract your enemies with a small group of Skeleton troops!
– Target either ground troops or air troops and upgrade to spawn more at once

Other Improvements
– Boost all buildings of the same type with one button
– Boosts for Army buildings now pause during server maintenance and can be resumed
– Player profile now shows the highest unlocked level troops, heroes and spells!
– Increased League bonus and more War loot! 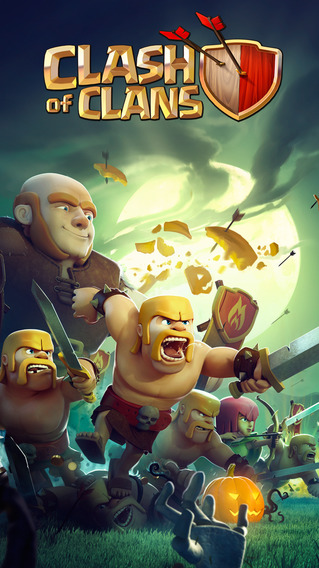 I don’t know how I succumbed to the game after seeing those ads on TV and thinking “what a stupid game”, but after a friend convinced me to download it (damn you Chris), I’ve now dedicated my life to building and maintaining a clan (and pursuing those damn green gems). Should I create an iPhoneinCanada.ca clan or should I just join someone else’s? Please. Help. Me.