Back in March, Esso Speedpass+ for iPhone launched in the App Store, allowing Canadians to pay at the pump with the app, which has received a decent update this morning.

Users can now login using their Facebook account, plus there is now ‘Remember Me’ to save your email login ID. But more significant is the addition of Touch ID support, eliminating the need for a 4-digit pin to confirm purchases.

The app has also gained social sharing options, while the Esso Extra Rewards Catalogue is now available for easy viewing. The app has received bug fixes and performance improvements. 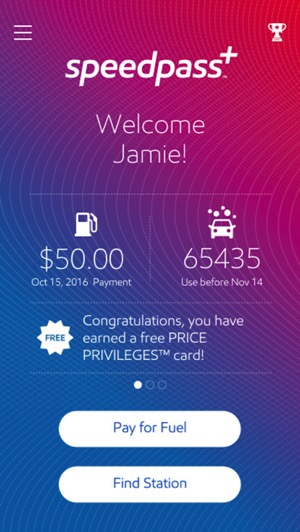 It would be nice to have in-app Apple Pay support implemented within Speedpass+.

According to Esso, nearly 1,000 locations across Canada support Speedpass+, which allows customers to pull up to a pump, pay for gas on their phone and authorize the payment through a data connection.