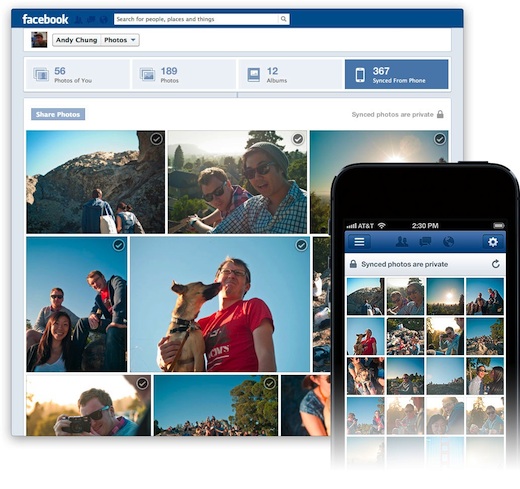 Facebook has started to roll out their Photo Sync feature for iOS users. What is Photo Sync? Here’s how Facebook describes the feature:

When you turn on photo syncing, your mobile photos will be saved to a private section of your Facebook Photos. You can easily share your synced photos on your timeline from desktop, mobile, or another device.

According to TechCrunch, there are a couple reasons why Facebook delayed this for iOS users. First, there were privacy issues Facebook had to deal with. Secondly, getting the feature right in iOS took some work; Facebook says they are using background uploading to make it all happen instead of using location APIs or iOS 6 integration.

You can try to turn on Photo Sync now in iOS, a per instructions via Facebook:

How do I start syncing my photos?

You can preview photo syncing by first making sure you have the latest version of the Facebook app installed on your phone. If you have an iPhone, you’ll need to be using iOS 6. 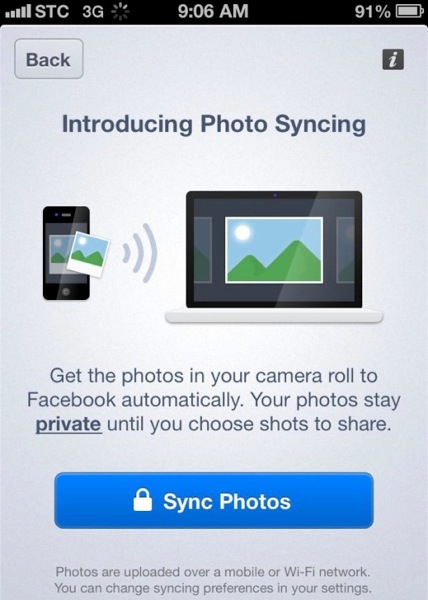 Let us know if you see the ability to toggle on Photo Sync in Facebook for iOS. We haven’t seen anything yet over here.