Toronto-based Wishabi has launched version 2.0 of its popular flyer app Flipp, which has over 400 retailer flyers available for its Canadian and American users.

Flipp 2.0 debuts a new shopping list feature which allows users to make lists right within the app. However, what makes this feature pretty genius is that for items you enter, Flipp will curate clippings from flyers to let you compare prices.

For example, in our screenshots below, we added ‘cheese’ to our shopping list. Once we tap it, we get to see the sales on cheese from various grocery chains, saving you time and money: 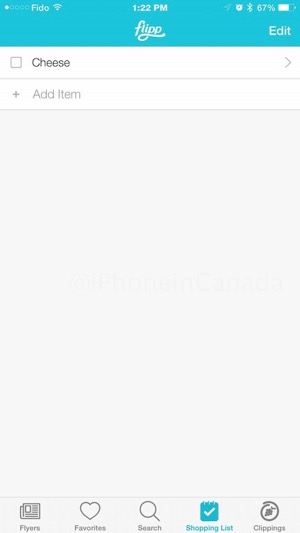 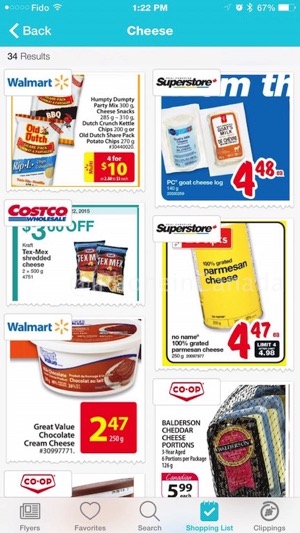 Wehuns Tan, Co-Founder and CEO, Wishabi Inc. said in a statement “Millions of users rely on Flipp every week to help them save time and money in a simple and innovative way,” following up to say “With the addition of the Shopping List feature in our 2.0 launch, we look forward to further empowering shoppers with technology and tools that make their lives easier.”

Flipp is pretty awesome to quickly check out flyers. This new shopping list feature is helpful and smart.