Today is one of the most anticipated days of the year (aside from season two of Cobra Kai), as it marks the debut of HBO’s Game of Thrones and its eighth and final season.

Leading up to this weekend, Apple updated the Canadian App Store under the ‘Apps’ tab to feature Bell Media’s Crave, which is the only way for Canadians to watch and stream HBO content including Game of Thrones.

As you can see from the screenshots below, the featured carousel shows nothing but images from Game of Thrones and the Crave app.

“Watch live Sunday at 9 PM [ET]; Subscribe now in the app; New episodes in real time; Winter is here; Catch up on the entire series; and Watch wherever you can,” are what the messages read: 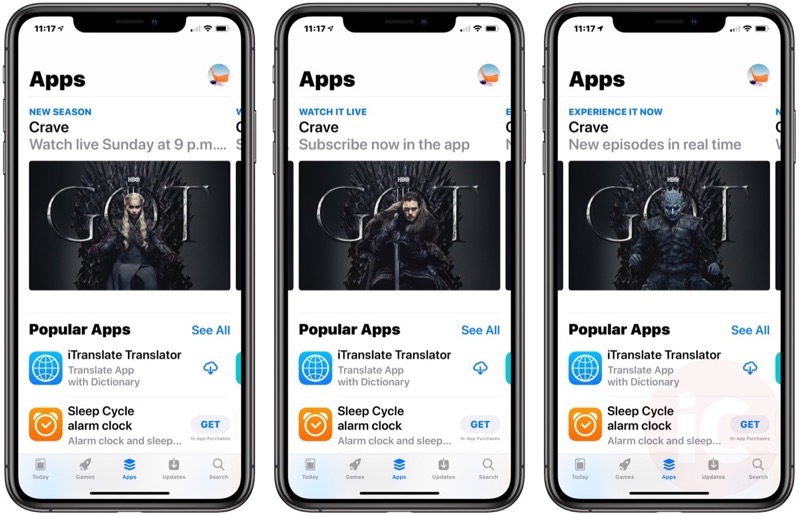 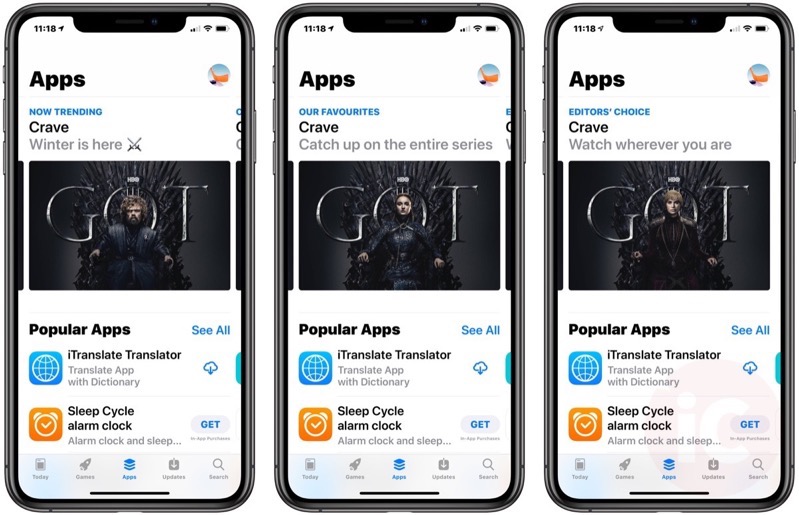 The final season of HBO’s Game of Thrones will include six episodes only: the first two at just under an hour in length, and the last four at 80 minutes or so (updated). The only way to stream Game of Thrones is through Crave and their HBO add-on, which is an additional $10 per month.

However, the first 30 days are free so signing up for the Crave trial means you should be able to watch the first four episodes of Game of Thrones season 8, on the house.