Gboard for iOS Gets One-Handed Keyboard, Just Like iOS 11

iOS 11 introduced a new one-handed keyboard mode, which lets users type easier when they are holding their device with a single hand. Users can toggle the keyboard to indent left or right, depending on their hand preference.

How to toggle on the one-handed keyboard in iOS 11? Just tap and hold on the ‘globe’ icon, then tap the left or right keyboard indentation, and the keyboard should condense to the side you choose: 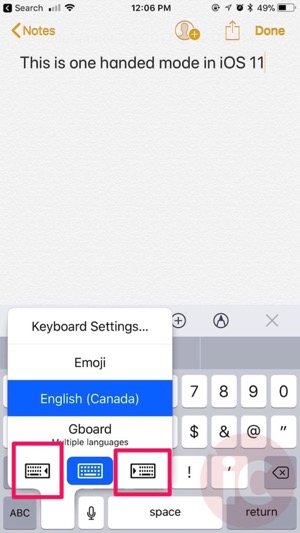 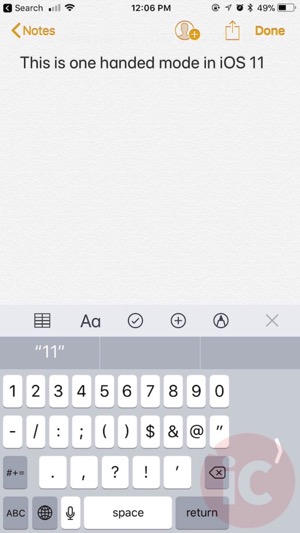 Google’s Gboard for iOS was updated to also support its own one-handed mode, keeping up with iOS 11. As you can see from our screenshots below, it looks identical (and swipe typing works too): 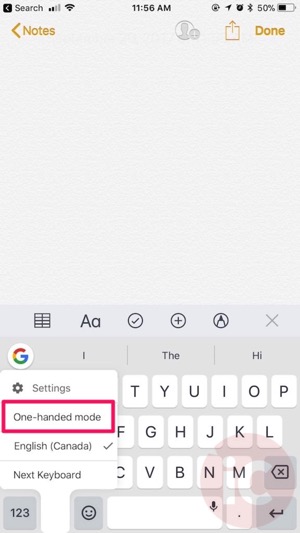 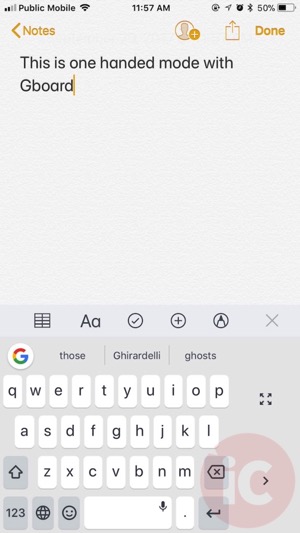