Global TV has launched a new version of its iOS app, offering more news and other channels from the Corus family.

“One App’s Got It All. Introducing the NEW Global TV App,” explains the app’s latest update notes, from earlier this week. 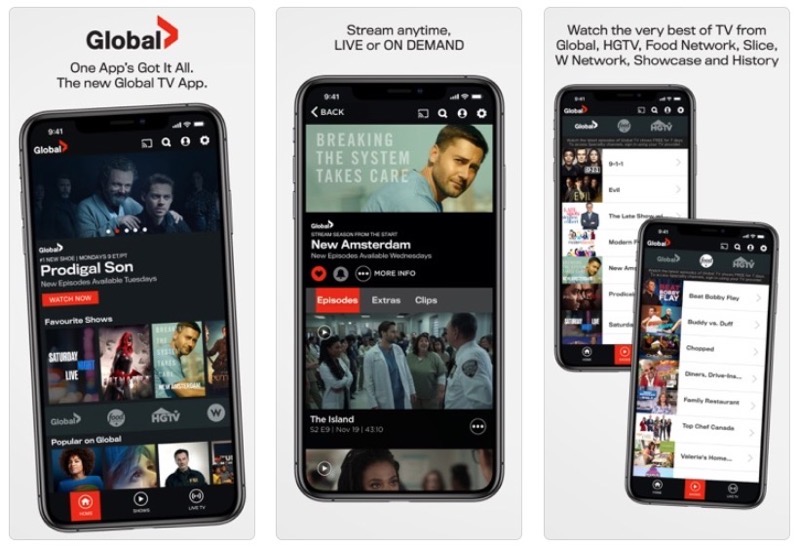 Version 5.0 of the app says new additions to the app include Food Network, HGTV, W Network, Slide, Showcase and History, all available live and on-demand with your cable subscription login.

Global News has also expanded its offerings within the Global TV app, as users can now get free 24/7 access to local and national news streams across Canada, such as news from BC, Calgary, Edmonton, Toronto and national.

The app has a more simplified navigation bar, with just ‘Home’, ‘Shows’ and ‘Live TV’ available (My Global and Schedule was removed).