Google has announced its Allo smart messaging assistant now supports French in Canada for the first time for iOS and Android users: 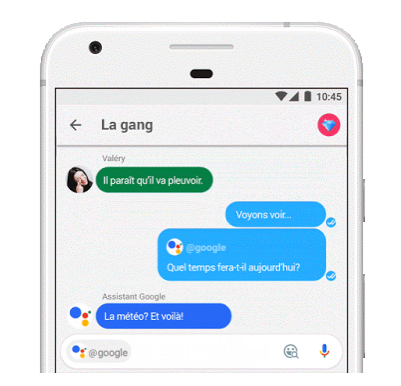 The company says it has “made Assistant be truly French Canadian, customizing the app with local elements that are unique to Quebec.” Specific questions relevant to French Canada can now be answered, including those related to local celebrities, artists, landmarks, cultural institutions and more.

Smart Reply is now available in French as well, as it will recognize the language you’re chatting in. Coming soon, Smart Reply will also suggest responses for photos and continue to improve over time.

Google says the roll out to support French in Canada will be available in the “next few days”. So keep an eye out for it.

Click here to download Google Allo for iOS in the App Store. The app launched in Canada last September.