Google has announced the debut of their Google Drive app for iOS at their 2012 developer conference. Since the end of April, the Dropbox rival has amassed over 10 million users. All Google Drive accounts come with 5GB of free storage.

Here’s the iTunes description of its release:

Google Drive lets you create, share, collaborate and keep all your stuff in one place. Upload all your files from your computer – even the big ones – and you can access them anywhere, including your iPhone or iPad. We get you started with 5 GB free.

Quickly share a photo with a friend 1000 miles away. Read the most up to date version of your document whether you’re at home, at the office, or on the go. Make items available offline so you view them while you’re on a plane. No matter what happens to your devices, even if your iPhone goes for a swim, your files are safely stored in Google Drive. 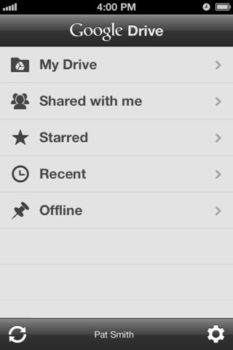 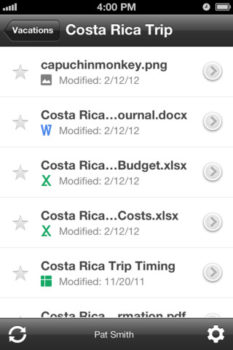