If you have been waiting to get Infinity Blade III, the game is currently a free download in the App Store. Most likely it will be Apple’s Free App of the Week (Update: Yep!), which we should find out shortly after the annual Thursday afternoon App Store refresh. 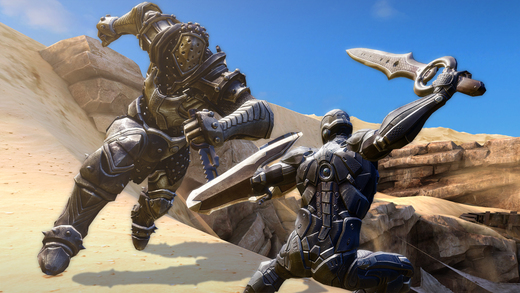 The game normally retails for $7.99 USD and is critically-acclaimed due its gameplay and 3D graphics. You’ll want to check your free space, as the app comes in at a hefty 1.93 GB.

Infinity Blade III launched back in September of 2013, as it was highlighted on-stage to show off the new 64-bit A7 CPU found in the iPhone 5s.

Back in 2013, Apple made the original Infinity Blade the free App of the Week, while later that year Infinity Blade II was also discounted to free for a limited time. If you’ve been following our updates closely, you’ll now be able to get the third instalment free, too.