Is Notification Service Boxcar Working for You? [Update]

One of my favourite push notification services, Boxcar, has been down and out over the past few months and it has gotten progressively worse. I’ve long noted about the downtime on twitter and just today The Next Web highlights the Boxcar website no longer is up and running, along with users being unable to connect to the service. Their twitter account @boxcar hasn’t responded to customers since June 20th. Boxcar for Mac stopped working for me a while back too. 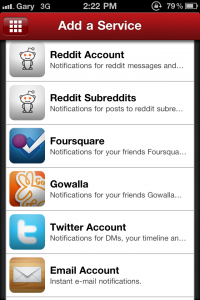 The company doesn’t seem to be dead just yet though. In March, it garnered $150K in a seed financial round, with ambitions to release its service for Android users. We reached out to their CEO a while back asking what was up with their spotty service and we have yet to hear back.

Is Boxcar still alive? Maybe. If they are reading, it’d be nice to just communicate with users instead of leaving them in the dark.

Update 1: Of course, Boxcar has started to work now right after this article was published.