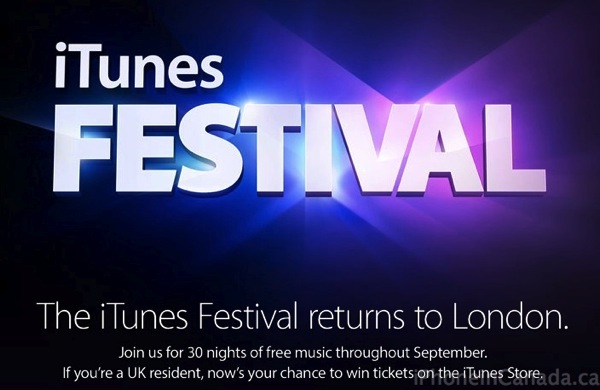 Apple has announced the music superstars set to headline its annual iTunes Festival in London. This year, fans will see Justin Timberlake, Thirty Seconds to Mars, Jack Johnson and Jessie J as some of the big names performing in September, which will include a performance every night in the month at the Roundhouse venue.

Performances can be watched live or on-demand by millions of iOS users directly on their devices, in iTunes on their computers, or on the Apple TV in HD.

“This year’s iTunes Festival is the best ever with an incredible lineup of global superstars and stellar emerging artists,” said Eddy Cue, Apple’s senior vice president of Internet Software and Services. “Music fans around the world are going to love watching this incredible month of music, whether in London at the Roundhouse or on their iOS device. We’re honored so many renowned artists are part of this year’s lineup.”

Music fans in the US, Australia, Brazil, Canada, Europe, Japan and Mexico can try to win tickets to the iTunes Festival through their local media partners.

Last year’s event featured artists such as P!NK, One Direction, David Guetta, Calvin Harris and more, while the 2011 event took place in July. 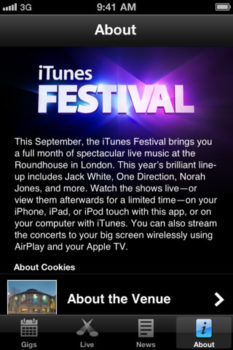 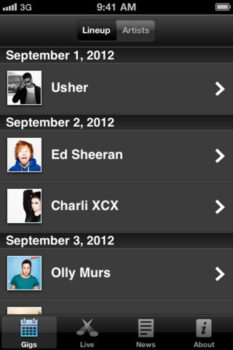 Screenshots of the 2012 iTunes Festival app

The iTunes Festival iOS app is not currently available in the Canadian App Store but should be released just prior to the event. Looks like it’s going to be another awesome show that’s entirely free.