The 2015 Pan Am Games kick off today in Toronto, going until July 26. If you want to watch live streaming action (and on-demand) you can now do so via the updated CBC Sports iOS app.

The updates brings news, schedules, results and photos from the Games, along with push alerts for your favourite events and breaking news. Toronto won the bid for the 2015 Games six years ago and expects 10,000 athletes to descend upon the city from 41 countries. 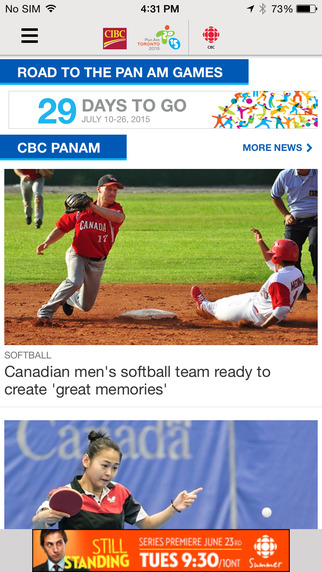 Click here to download CBC Sports for iOS in the App Store. Let us know how this update works for you.