Last month, secure digital currency MintChip launched for iOS and Android users. The iOS version uses QR codes to pay at participating merchants (Android has NFC), while the digital wallet can be funded by your bank’s chequing account or credit card.

MintChip for iOS was just updated to support Apple Pay for top ups (there’s a 3.25% fee if it’s a credit card top up), plus users can now use Interac Online to load funds from your Canadian bank account. There is also a fix to address a bug where login credentials are not saved:

What’s New in Version 1.1.0
MintChip users can now top up using:
– Apple Pay
– Interac® Online to load funds from a Canadian bank account
Fix for registration issues where login credentials are not remembered

MintChip requires a few steps to setup an account and definitely requires some more work versus using Apple Pay to use. Let us know if you’ve been using MintChip, which currently is being tested at limited stores in Liberty Village in Toronto. 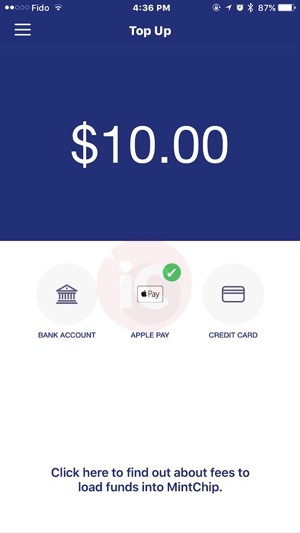 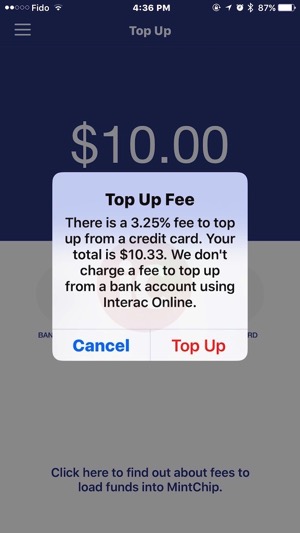