Ustwo, the makers of popular hit title Monument Valley 2, has made the game free to download during the COVID-19 pandemic, available in the App Store and Google Play.

“There are times when we just need a hug. So here is a virtual one from us… We’ve made Monument Valley 2 free on the App store and Google Play for a little while! Enjoy!” explained the London, UK-based developers.

Here’s the description of Monument Valley 2, which launched back in 2017 in the App Store for $6.99 CAD:

Guide a mother and her child as they embark on a journey through magical architecture, discovering illusionary pathways and delightful puzzles as you learn the secrets of the Sacred Geometry.

Sequel to the Apple Game of the Year 2014, Monument Valley 2 presents a brand new adventure set in a beautiful and impossible world.

Help Ro as she teaches her child about the mysteries of the valley, exploring stunning environments and manipulating architecture to guide them on their way. 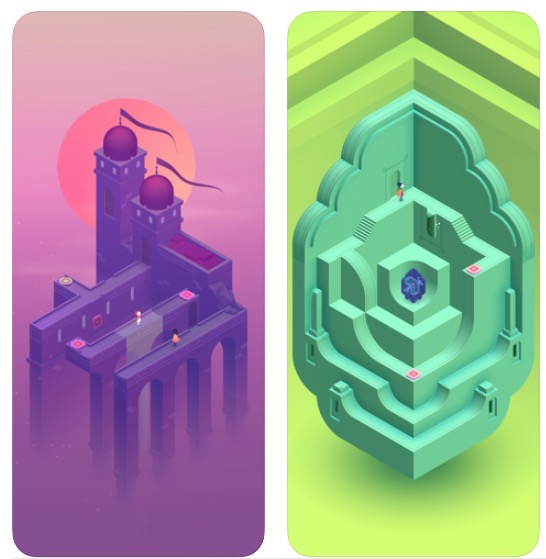 There’s no word on how long the game will be free for, but it’s definitely worth downloading to play.

Ustwo unveiled Monument Valley 2 on stage at Apple’s WWDC in June of 2017. The Android version was released later in November of that year.

If you’re subscribed to Apple Arcade, Ustwo’s title ‘Assemble with Care’ is a fantastic game worth playing.