Developers ustwo, the makers of hit game Monument Valley, have revealed download numbers and revenue for their popular title in a company blog post.

The game has been downloaded 2.4 million times, with 1.7 million of those coming from iOS users (these include unauthorized downloads, multiple devices from family sharing). As for revenue, $5.8 million has been generated, with 81.7% coming from iOS, with their April 3, 2014 launch day hitting the most revenue at $145,530 in a single day. 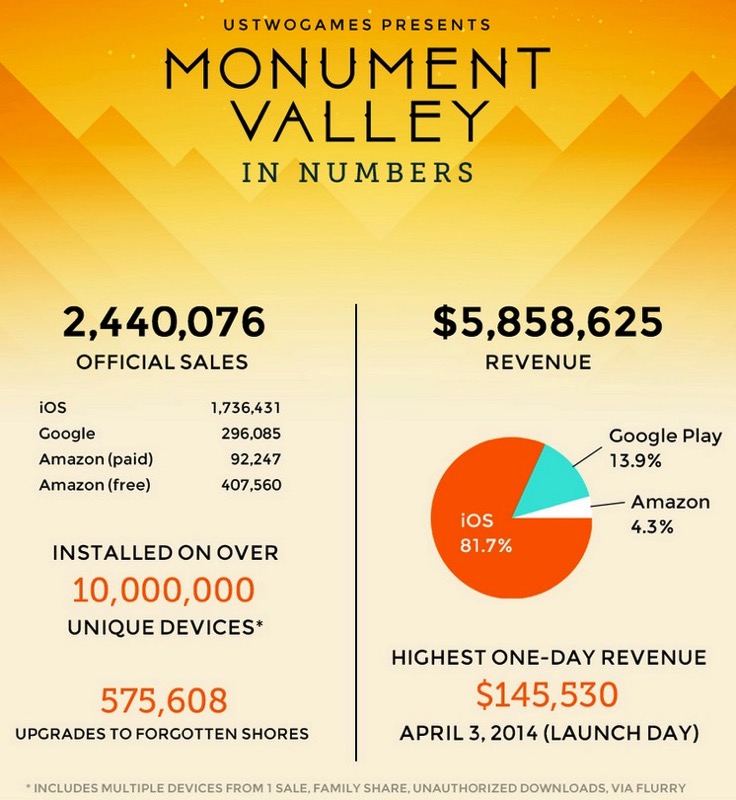 Monument Valley is a pretty unique game and is available in the App Store for $4.59.