Netflix for iOS Brings Picture-in-Picture to the iPad

Apple introduced picture-in-picture (PiP) for iOS 9 last fall, but developers are still implementing the feature for their apps (*cough* YouTube). PiP allows your video to shrink to a smaller window in the corner of your screen, allowing you to watch another video at the same time or do something else. 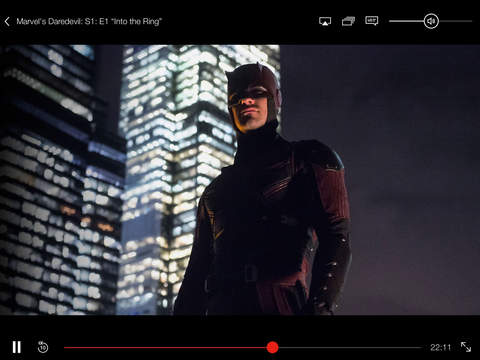 The latest update to Netflix for iOS has added PiP support for iPads running iOS 9.3.2 or later, plus also added some stability improvements and bug fixes.

PiP is limited to iPads with a 64-bit A7 processor or newer, as it requires some processing power. So you will require one of the following iPads for PiP:

To launch PiP, just stream a Netflix show as normal. On the video player controls, you should see a PiP icon in the bottom right corner. Tap this, and it will bring your video to a separate smaller screen, which you can resize by pinching with your fingers. You can move the PiP window by dragging it to any corner of your iPad display.

Click here to download Netflix for iOS in the App Store—let us know how you’re liking picture-in-picture.