Pocket has announced its one year anniversary today and has revealed its users now share over 35 million items per month. On this birthday Pocket has also released an update to add a new sharing menu to share items with friends, Twitter, Facebook, Evernote, Buffer or email. The latter is the preferred sharing method by Pocket users, more than double compared to social networks like Twitter, Facebook and Tumblr.

Push notifications will alert you when a friend sends you an item, plus the link received will automatically launch Pocket (if installed) and add the item right to your inbox. Nice. 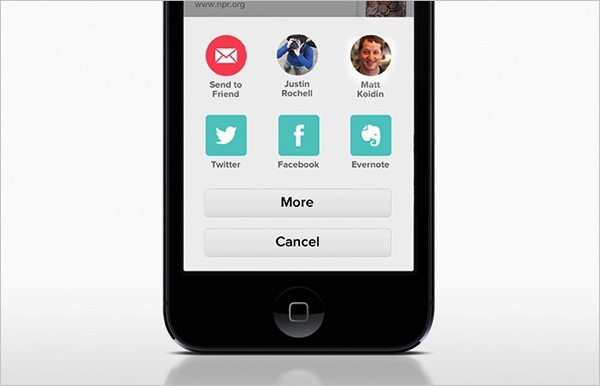 This is a pretty nice update to Pocket, which remains my preferred service to read articles for later. It’s not only free, but it’s widely accessible from any iOS device, computer or web browser.