RBC today has announced what they are calling a North American first: Interac e-Transfers to Facebook Messenger contacts via their RBC Canada iPad app, which allows payments to be sent without sharing personal or financial information. RBC says they worked “closely” with Facebook to make this happen:

“We are excited to bring this new capability – the first of its kind in North America – to Canada and to our clients, who we know are avid Facebook users,”

“An Interac e-Transfer is typically a result of a social interaction, such as paying your friend for concert tickets or dinner. Our social P2P solution provides our clients with the added simplicity, convenience and choice to bank in the manner in which they interact on a daily basis, with the security they expect from RBC.” 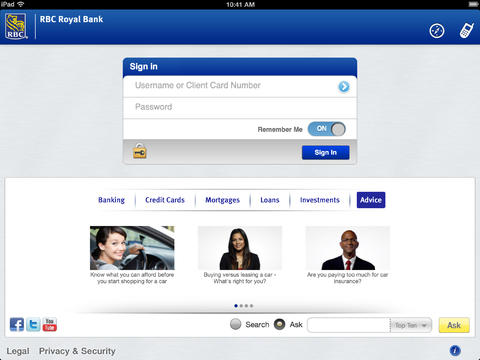 Typical Interac e-Transfers require either the recipient’s mobile phone number or email address. How this new feature will work is recipients will receive their Interac e-Transfer message via their Facebook Messenger inbox, which will then give them the option to login to their supported financial institution of their choice to receive the payment. RBC’s iPhone app will get this new feature in February 2014.

Facebook Canada’s global head of Vertical Strategy and managing director, Jordan Banks, revealed 9.4 million Canadians use Facebook on their mobile device, which is just under one-third of the population.

Also, starting today, RBC says it will donate $1 for every Interac e-Transfer messaged via Facebook to support Kids Help Phone, up to $100,000.

Click here to download RBC Canada for iPad—it’s free. Let us know if you’re going to try this!