The to do app Clear launched with immense hype back in February (check out this HTML5 replica) due to its innovative and simplistic interface. The app was very easy to use but one problem made me stop using the app–the lack of cloud syncing for to do notes. I got tired of always having to refer to my iPhone to see what was on my list whenever I was on my iPad or Mac (I’ve moved onto Wunderlist).

To finally solve this Realmac Software has announced Clear for Mac:

Over the last few months, we’ve been hard at work on the next big update to Clear. Along with an update to Clear for iPhone with iCloud, we’re also today announcing a new member of the Clear family: Clear for Mac!

Clear for Mac and iPhone + iCloud will be launching on Thursday November 8th, and we’ve put together a little video to show off the new app. 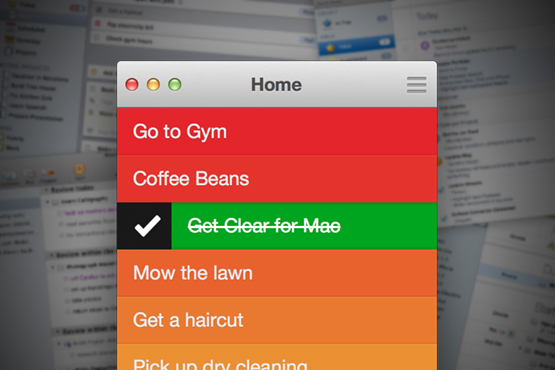 Anyone out there still using Clear?