Today on stage Apple demonstrated the power of the new A8X chip found within the iPad Air 2 by showing off Replay Video Editor, which allows users to make quick and easy videos in real-time. The app has been available in the App Store for a while but you can download it now and try the app out for yourself.

However, do note the updated version shown on stage won’t be available until the end of October. But if you download this now, you’ll be surely notified of the update when it’s available. The app will utilize Apple’s Metal API to improve performance by 20x compared to just accessing the CPU, as noted by the French developers Stupeflix on stage. 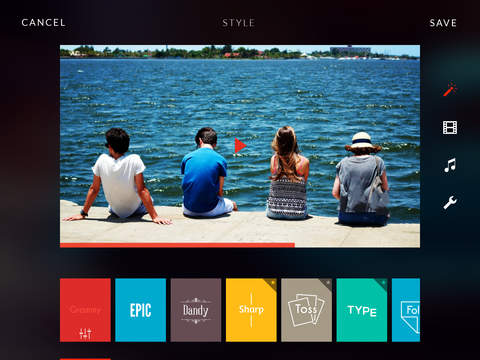