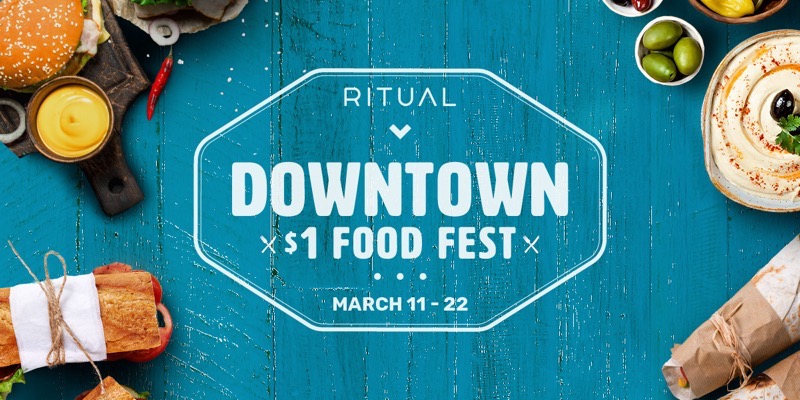 Mobile pickup app Ritual has kicked off its $1 Food Fest, available to users in Vancouver, B.C. and Ottawa, Ontario.

In an email to iPhone in Canada, Ritual explains it is “encouraging people to get out of the office to enjoy local food favourites with their teammates, skipping the long lunch lines and saving money.”

The $1 Food Fest goes from March 11-22 and allows customers to place multiple $1 orders through the Ritual app on iOS or Android.

Below is the complete list of participating restaurants in both Vancouver and Ottawa, according to Ritual:

Ritual currently is available in 20 major cities across North America, Australia and the UK. It offers those picking up food for colleagues bonus points, which they can redeem for free meals. Users can place orders and pay ahead via the mobile app, making it a “time-saving tool”, according to the company.