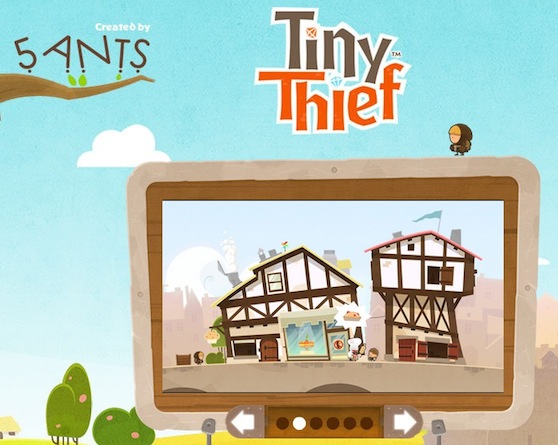 Rovio Stars was announced earlier this year as the company’s foray into implementing third-party games into its line up from other talented and innovative developers. So far, Icebreaker has been released while the next game from this program, Tiny Thief, will make its debut on iOS on July 11th.

Tiny Thief is an addictive puzzle-solving, hidden-objects adventure developed by 5Ants. Set in a medieval fantasy world full of surprises, the game brings back the magic of point-and-click games with a distinctive visual style and oodles of humor.

The official trailer for the game was released earlier this morning by 5Ants, the developer behind Tiny Thief–check it out below:

The game actually looks like fun and users will be able to try it out when it’s released in a couple days.