Shaw FreeRange for iOS was updated yesterday to gain some minor improvements, such as the addition of new filter views below the Live TV tab, to show All Channels, Favorite Channels, and TV Go Channels, as seen below in our screenshot: 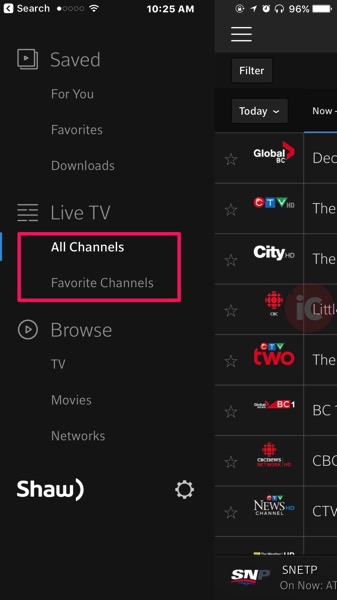 The ‘For You’ page also gains some loading improvement times, while Channel Surfer added accessibility improvements.

Unfortunately for Apple TV users, there is still no tvOS app in sight. We’ve reached out to the company for clarification on future plans for the app and will update this post accordingly.