Nova Scotia-headquartered Sobeys, Canada’s second largest grocer, has officially announced the launch of its mobile app for iOS (and Android), which allows customers to check out local flyers, recipes and also earn rewards via Club Sobeys.

“Shopping for better food on the go has never been easier,” said Doug Brummer, Senior Vice President of Marketing, Sobeys Inc. “We know Canadians want to eat better, feel better and do better, and our new mobile app gives Canadians yet another way to discover and shop for affordable better food solutions–anytime, anywhere.” 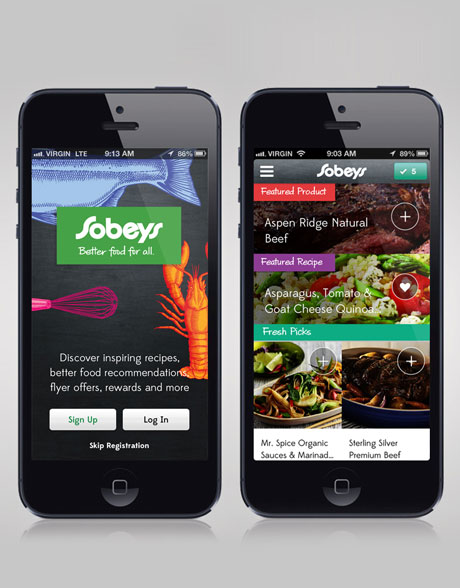 You can check out the video demo of the app below:

The app was developed by Toronto-based The Working Group. Rob Domagala, Director of Business Development, said in a statement “We’re very excited to be working with Sobeys, and they are a great example of an established company looking to try something new in the digital space in order to gain the edge in their market. They are a team of willing innovators who are laying a solid software foundation in order to drive tangible business goals.”

The app quietly hit the App Store in mid-September and has since received five updates, with its most recent arriving five days ago. The Sobeys website has also been redesigned too by TWG.

Sobeys owns or franchises more than 1,500 stores across Canada under various brands and employs over 124,000 people. Recently, the company completed its $5.8 billion purchase of over 200 Safeway Canada stores.