Songza recently surpassed 1 million Canadian users with over 900,000 of those listeners using their iOS app for curated music playlists. The update today brings iOS 6 and iPhone 5 support plus a new alarm clock feature. The latter is pretty awesome as you can set any playlist as your alarm. How to set an alarm? Go to any playlist and tap on the alarm icon and set your time to the minute. You will be required to turn on location services if you want the app to launch in the background.

Personally I would still rely on the Clock app as my primary alarm, but this feature is awesome if you have an iOS device dedicated as a music player in your home or office and want it to launch your favourite Songza playlists at designated times. 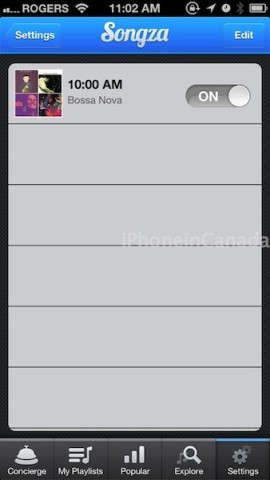 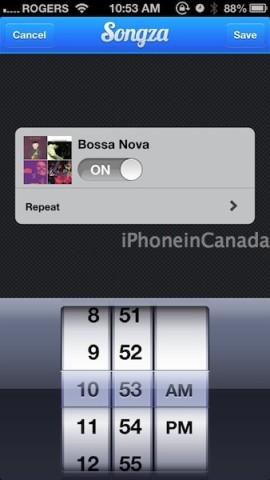 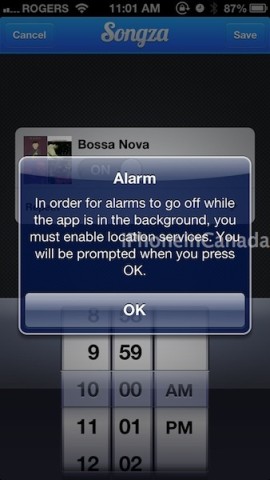 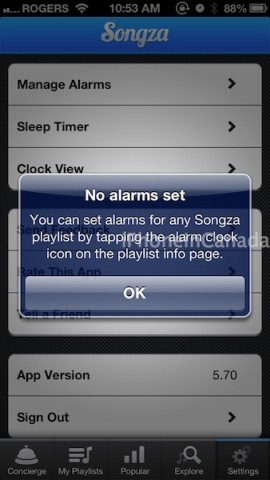 Click here to download Songza–it’s free. Let me know how this new alarm clock feature works for you.