This evening Sony announced their new PS4, with no specific launch date, price or pictures of the actual console (seriously). But hey who cares what it looks like because it’s going to one powerhouse of a machine coming in the holiday period of 2013. It will have a custom chip with eight x86-64 cores, a GPU that can generate 1.85 Teraflops of processing power, 8GB of GDDR5 system memory capable of 176 GB/second of bandwidth.

Engadget reports Sony will also release a companion PlayStation iOS app to turn their iPhone and iPad into second screens for their PS4s.

A new application from SCE called “PlayStation®App” will enable iPhone, iPad, and Android based smartphones and tablets to become second screens. Once installed on these devices, users can, for example, see maps on their second screens when playing an adventure game, purchase PS4 games while away from home and download it directly to the console at home, or remotely watch other gamers playing on their devices. 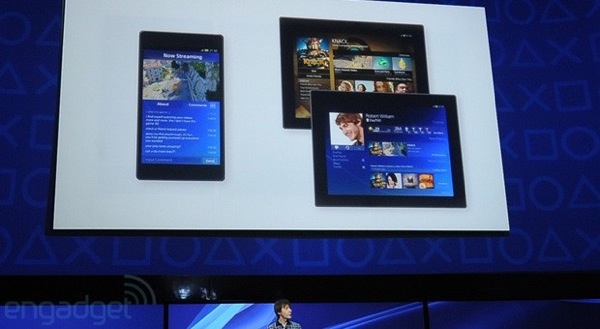 Essentially the iOS app will allow your iOS device to display in-game maps, social networking or easier access to the PlayStation store. Bonus.