Starbucks for iOS Gets Login Support for Touch ID

Starbucks for iOS has been updated, now allowing customers to login to their account using Touch ID, plus more.

In Account Settings, you’ll now see an option for Touch ID, underneath Passcode Lock. In order to enable Touch ID for logins, you need to first toggle it off, then back on. Once you do, the app will ask you to re-enter your password to confirm it’s really you. 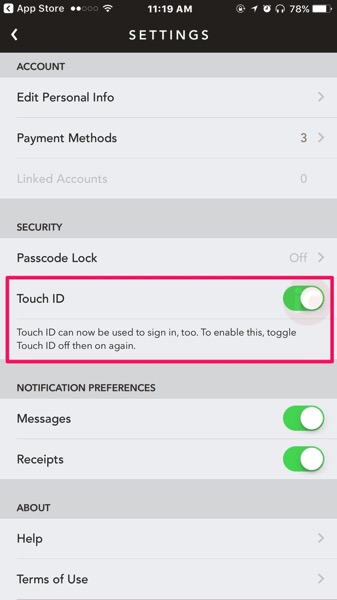 The next time you need to sign into the app, for whatever reason, you’ll be prompted to use Touch ID, making it much easier: 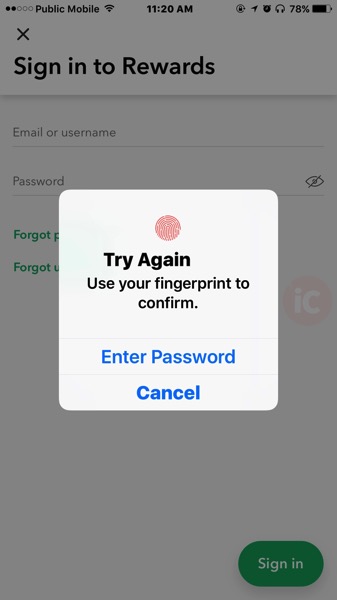