This is not a joke: TD Canada has finally updated their iOS app to support Touch ID for logging in. This afternoon’s update brings support for the iPhone’s fingerprint reader and also includes “minor bug fixes”.

The moment you launch the app after updating it in the App Store, you’ll be greeted with a splash page to proceed with enabling Touch ID. If you proceed, you’ll need to accept the Terms of Use: 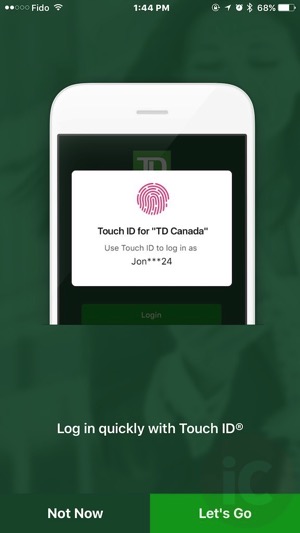 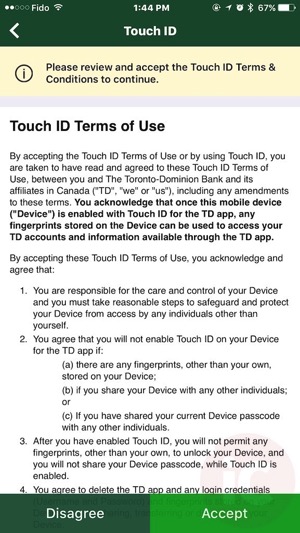 Once you tap accept, you will need re-enter your login password one last time, then you’ll get a confirmation message “Touch ID is now activated” for your account. 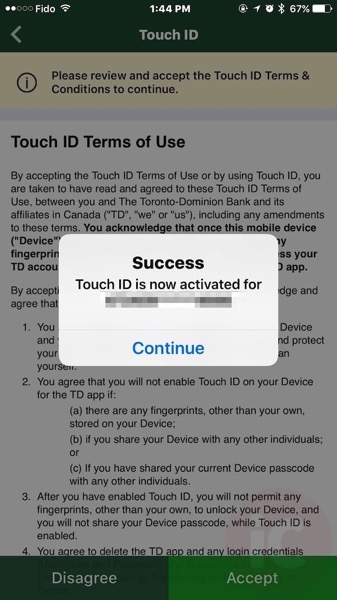