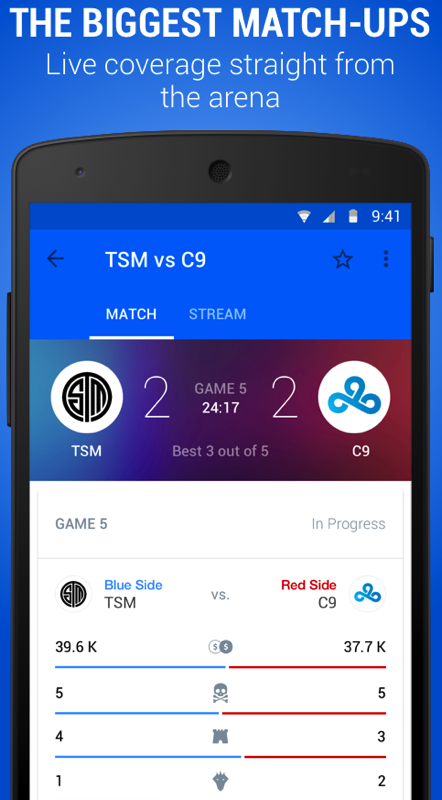 According to eMarketer, eSports is gaining in popularity, with current fan bases comparable to major sports leagues. John Levy, Founder and CEO of theScore said in a statement:

“In our view, eSports should be treated as a fully-fledged sport and theScore eSports mirrors the same dedicated mobile-first approach we’ve taken with our flagship mobile sports platform ‘theScore’ by combining the core foundations that run through our company – a best-in-class development team working in tandem with an industry-leading mobile newsroom.”

Coverage of eSports will have a dedicated team of writers and editors including senior reporter Rod Breslau.

If you’re a fan of eSports, this looks like the app to get right now. The iOS version is coming soon, so stay tuned.