TSN GO for iOS has been officially announced today which brings live streaming sports to the iPhone and iPad for Bell and Rogers customers (it requires a login) over Wi-Fi and cellular networks.

The app launches in time for NCAA March Madness touts 6,000+ hours of live sports coverage of the following shows:

Do note Shaw customers are out of luck at the moment, but TSN says additional TV service providers “are expected to be announced” in the coming weeks.

What’s New in Version 2.1.6
Television subscribers can now access live streams of TSN and TSN2 as well as on-demand content from the NHL, the CFL, the EPL and more. 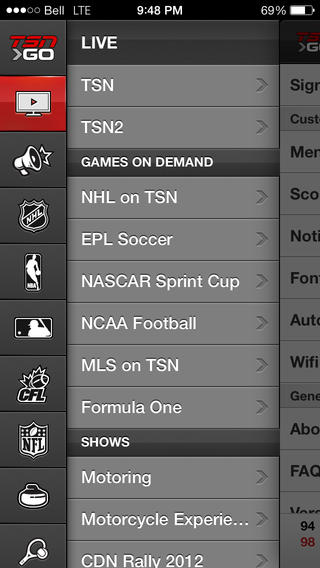 Click here to download TSN Go for iOS—it’s free for Rogers and Bell TV customers at the moment. Let us know how this works for you!