TSN Mobile for iPhone has launched its new 2.0 version and it comes with a brand new redesign, to take advantage of gestures for quicker and easier navigation. The app now has numerous videos as well (preceded by ads). The app originally launched in January of 2010.

This totally redesigned TSN app for iPhone is your brand-new destination for staying in touch with the sports world – all in the palm of your hand:

• Featuring a crisp, clean interface with scores and stats for all sports
• Video clips in the app for the first time
• Customizable options to build your own scoreboard and list of favourite teams
• Industry-leading hockey news and analysis

Below on the left is the app’s new main screen. You can swipe left and right along Snapshot, Headlines and Videos. If you tap on the top left TSN logo (or swipe to the right over it), you’ll bring up various sports leagues you can customize: 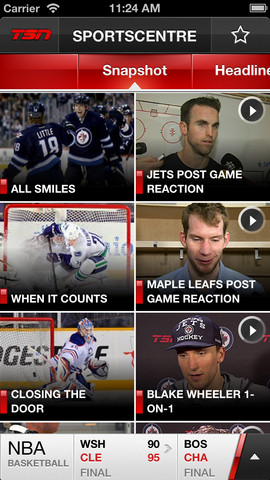 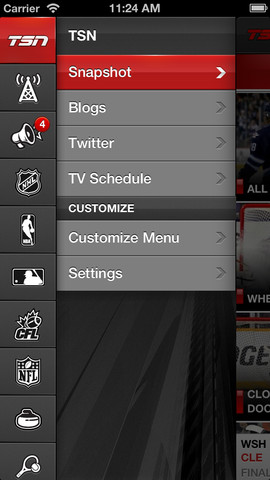 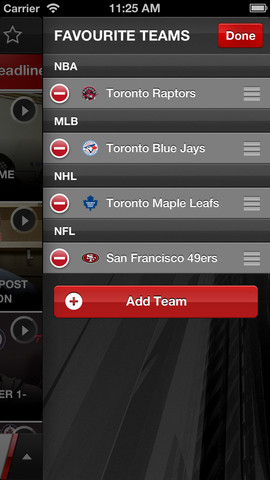 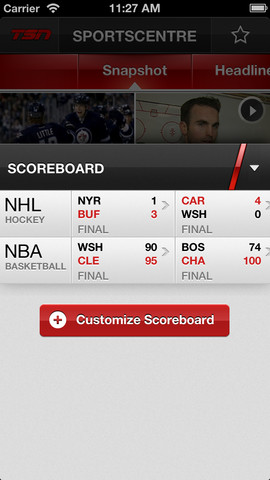 The app also has a built in TSN Radio player, to listen to stations Montreal 690, Toronto 1050 and Winnipeg 1290. Overall, this is a pretty nice update to the TSN Mobile app, bringing some new innovative gestures for simple navigation. You can download it here from the App Store. Let us know what you think of this new update!