Viber was one of the early cross platform messaging apps and it still remains hugely popular, with over 516 million users worldwide. The app enables free texting to other Viber users (and to landlines via Viber Out), free audio and video calls. It’s also available on the Mac, but for the longest time was absent on the iPad—until now.

The app was updated this morning to bring iPad support, so you can now remain connected with friends and family via Apple’s tablet.

What’s New in Version 5.4.1
Full iPad support – you can now enjoy all of Viber’s features on your iPad! 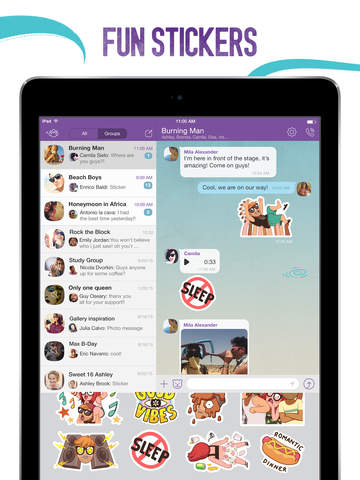 It’s been ages since we’ve used Viber, but what we can remember is the crystal clear call quality and relatively simple ease of use.