Vine has announced its first update to bring new features such as support for the front-facing camera and mentions so you can easily tag your friends in posts or comments. Users will receive notifications in the Activity section. 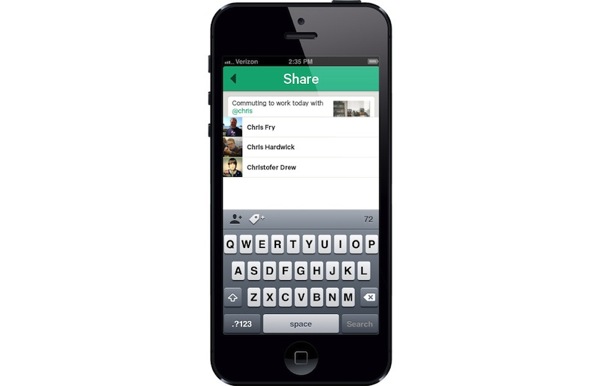 As for the front-facing camera, users will be able to switch back and forth between the latter and regular camera as many times as they want. The update also brings improved people search and various bug fixes.

Vine is a new video sharing service launched by Twitter back in late January. It allows users to film videos in length of 6 seconds or less, which are looped. Get ready to be bombarded with selfie Vines, in the form of animated duck faces and more.