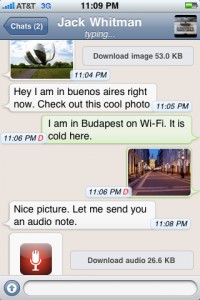 WhatsApp is the best cross platform messaging app and this morning it was updated with–group chat! So if you’ve been waiting for this feature, hit up the App Store and grab that update!

Thanks to Darryn for the tip!