An Apple patent filing published by the U.S. Patent and Trademark Office called “Protective Mechanism for an Electronic Device”, indicates that the Cupertino company is working on a system that could protect the most fragile components of an accidentally dropped iPhone, including its glass screen, by “detecting when a device is falling and shifting the handset’s center of mass” to control its landing, Apple Insider is reporting. 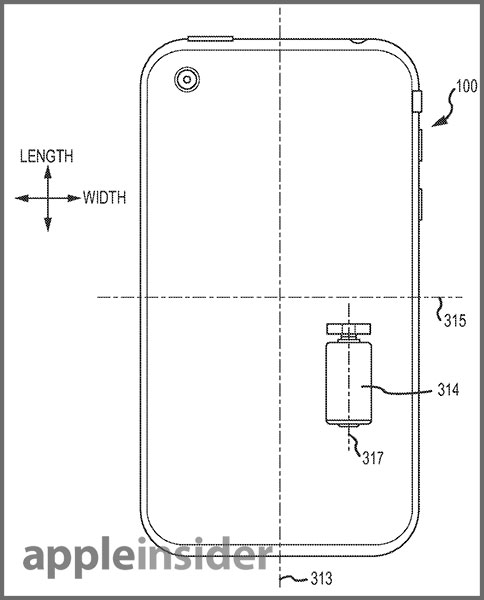 Even though the iPhone is specifically mentioned in the patent filing, the mechanism can be applied to any portable electronic device with a processor, from a tablet to a laptop. The filing shows that system needs a sensor such as a simple gyroscope, accelerometer or a position sensor, that can detect when a device is in freefall and how it is positioned relative to the ground. A processor is also attached to the sensor that can help determine how fast a device is falling.

Basically, the sensor send signals to the processor, which determines if a device is in a freefall state. If such a determination is made, the protective mechanism is deployed. Many of the embodiments focus on repositioning the device while in flight to have it impact a non-vital area or portion of the unit. In order to lessen the blow, or avoid it entirely, the protective mechanism can substantially change the angular velocity, device positioning or device rotation.

It is unlikely that a complex system like this will be integrated into an iPhone anytime soon, especially given the device’s increasing trend towards a thinner design.

As part of its continuing production diversification initiative, Apple has ordered for a portion of its AirPods and Beats headphones to be manufactured in India. Apple has begun to double down on manufacturing its devices in India. As a way to lower its dependence on China, Apple has made an order to its suppliers to...
Steve Vegvari
19 hours ago