Back in April, Apple stock (AAPL) reached an all-time high of $644 taking the company’s market capital to over $600 billion. Today, AAPL passed that mark once again, hitting a fresh record of $644.13 per share, following which Jefferies analyst Peter Misek boosted his price target to $900 from $800, and predicted that the iPhone 5 could be “the biggest handset launch in history”, which according to him, the company will announce next month (via WSJ). The analyst has also predicted a new Apple TV product is currently in full production. 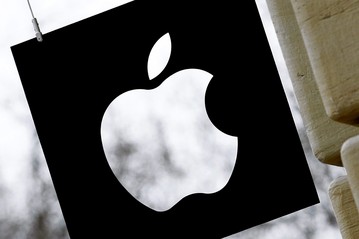 Apple shares are up more than 12% since late July when the company reported its latest earnings report. The tech juggernaut’s results missed analyst expectations, which sparked a selloff and raised concerns about the company’s growth rate.

But those worries have quickly faded as the focus has now shifted to potential new products. Misek said his channel checks with Asian components producers suggest Apple may be close to launching  the long-rumored iPad Mini.

Apple is in some hot water once more as a federal lawsuit regarding its AirTags has been issued in San Fransisco court. Two women filed to sue the company, with one alleging that an AirTag was used by an ex-boyfriend to stalk them. The lawsuit was filed this week and largely criticizes Apple's safety protocols...
Steve Vegvari
6 hours ago