Apple has been granted 40 new patents by the US Patent and Trademark Office today, the most stunning of them all is display panel technology that integrates both touch and solar cells on a single panel, reports PatentlyApple. Apple may use this breakthrough configuration on portable devices, particularly handheld portable devices such as the iPhone and iPod touch. 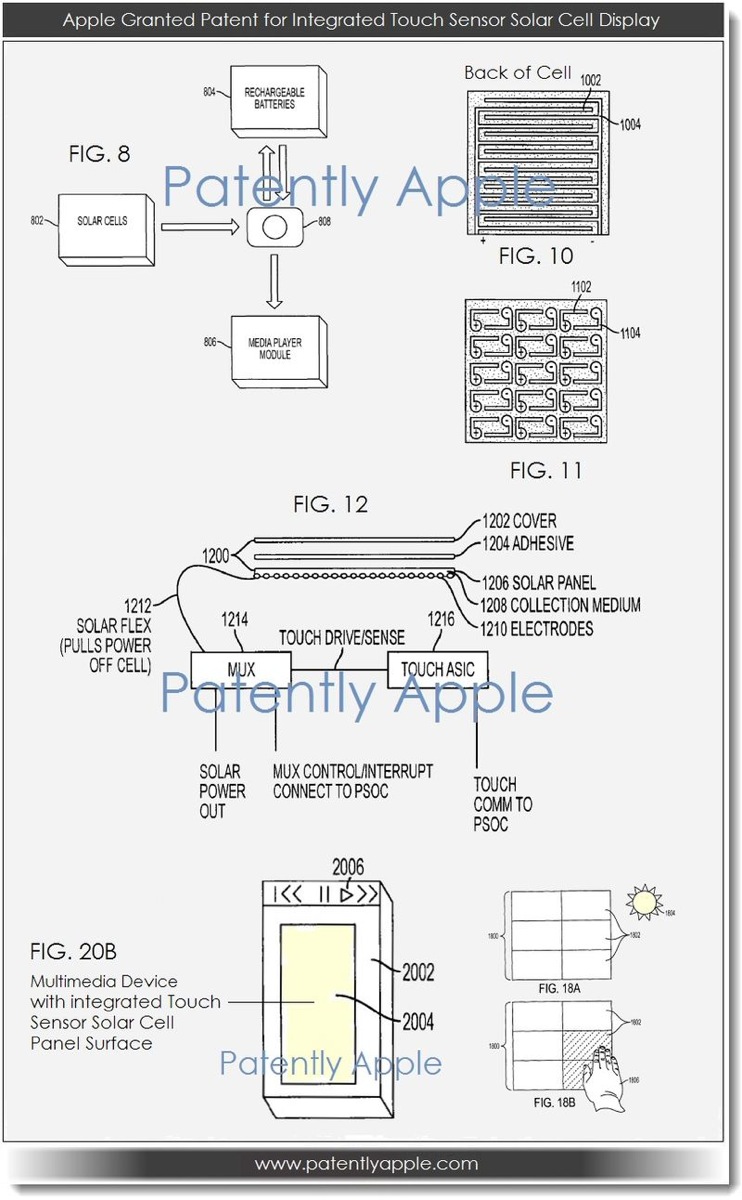 Apple details in the filing that the integrated touch sensor may include electrodes that are used both for collecting solar energy and for sensing on a touch sensor array, thus conserving the surface area on the portable device. A multiplexer may however be used to selectively switch between power conversion circuitry and touch sensing circuitry during power and touch sensing cycles respectively.

The above patent was originally filed in Q3 2008 and published today by the US Patent and Trademark Office.