Apple’s stock (AAPL) fell to $452.72 at 10:01 a.m. in New York today, following reports that iPhone manufacturer Foxconn has stopped hiring assembly-line workers in China, reports Bloomberg. Company spokesperson Bruce Liu claimed that Foxconn has announced the halt because of a high employee return rate following the Lunar New Year holiday in the region. He further said that the manufacturer however plans to keep its total workforce steady at about 1.4 million. 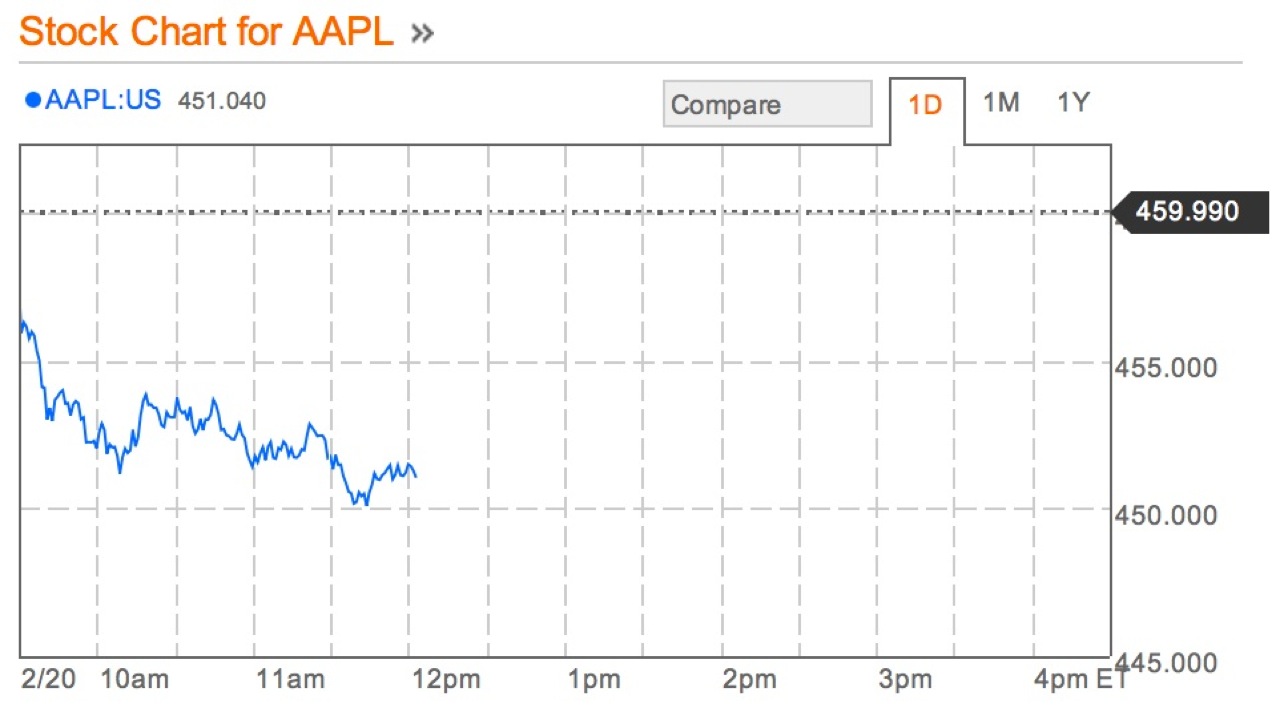 Mr. Liu explained that due to the seasonality of the electronics production cycle, the company’s worker population in China can vary between 1.4 million and 1.5 million people. He added that Foxconn has halted recruitment until the end of March, since more employees have returned from the New Year break than a year earlier, and that the decision wasn’t related to iPhone 5 production.

Apple decreased 1.6 percent to $452.72 at 10:01 a.m. in New York. Through yesterday, the stock had retreated 34 percent from a record high in September, compared with a 4.8 percent gain for the Standard & Poor’s 500 Index. The decision wasn’t related to iPhone 5 production, he said, refuting an earlier report in the Financial Times that linked the hiring freeze to a slowdown in orders for the handset.

Carolyn Wu, an Apple spokeswoman in Beijing, didn’t respond to requests for comment.