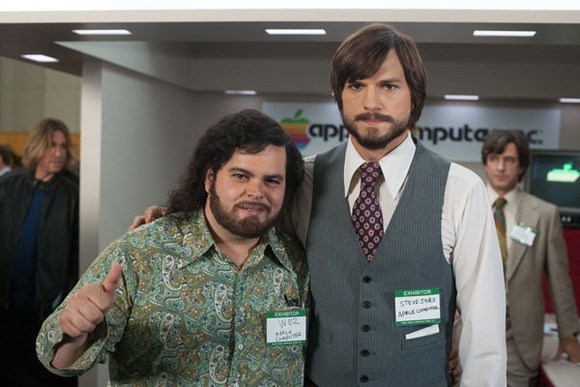 This year’s 2013 Macworld/iWorld trade show takes place from January 31st to February 2nd and will feature the actors from the upcoming Steve Jobs biopic, jOBS, to highlight the event’s opening. Ashton Kutcher and Josh Gad will be in attendance for one session to talk about the movie, plus Will.i.am will also be on hand to discuss the future of technology.

“In our 29th year of hosting the event, we have never been more excited about presenting all the ways that Apple and the world of innovative Apple-related products are changing the creative landscape,” said Paul Kent, vice president and general manager of Macworld/iWorld in announcing the two additions to the conference’s schedule.

The jOBS biopic will close out the upcoming 2013 Sundance Film Festival and hit theatres in April.

Apple announced in December of 2008 their 2009 Macworld attendance would be their last, citing “trade shows have become a very minor part of how Apple reaches its customers.” In October of 2011, Macworld was rebranded to include iWorld to reflect the importance of iOS and Apple’s entire ecosystem of products. Anyone heading down to Macworld?